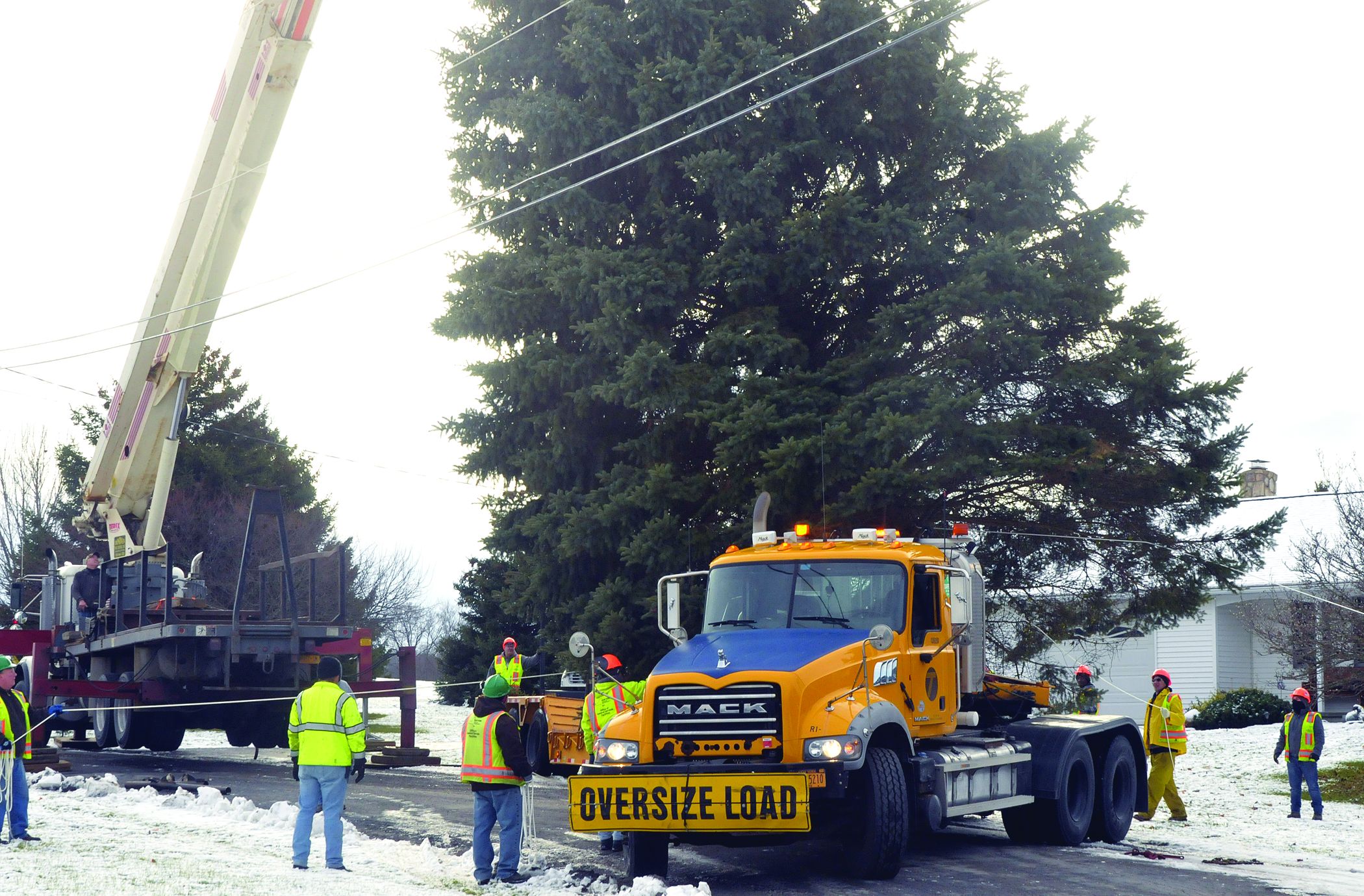 A 40-foot high spruce tree from Sharon Springs will be the guest of honor at Albany’s Empire State Plaza Christmas kick-off on December 8.
And Bruce and Kelly Button will be among those with a front row seat.
A little overwhelmed by the view out the front window of the Lantern Drive home they bought in August, they reached out to the state, offering it up for a spot at the Capitol.
Wednesday, before light, OGS crews, news reporters, and neighbors were on hand to watch the tree come down—or really, up.
After more than hour of prep work that included removing some of the branches at the base of the 40- or 50-year-old tree, an OGS worker went up in a bucket truck to wrap a rope around near the top of the tree and a second worker on a crane, lowered a hook into place.
A few chainsaw cuts later, the tree hung suspended from the crane and then was slowly lowered into place, horizontally, on a flatbed.
“It’s pretty neat to be a part of this,” Mr. Button said as he watched it all unfold. “It’s a beautiful tree, but it was too much for us. It will be great to see it in Albany.”